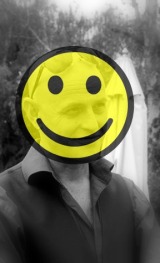 Artist Dom Pattinson smelts care-free, audacious attitudes and sassiness with street art influences to produce his own style upon large canvas’ and prints. Starting as a teacher in the small town of Suffolk Dom now has celebs clambering over his work. Starting with a bidding war between Russell Brand and Davina McCall where Davina took home one of his sought-after paintings at a fundraising dinner for Suffolk charity Focus12, after already selling work to the likes of Liam Gallagher, retail giant Tesco and a Broadway producer and now having his work owned by one of the most glamourized couples in hollywood Brad Pitt and Angelina Jolie.

Dom’s work is being put up around the streets of New York and being supported by numerous art galleries out there as well as already having sell out shows in New York, London and exhibitions across the world including NYC, HK,Singapore, Valencia, Paris and London and Australia.

Refining and nourishing his unpolished creativity as a younger man, Dom attended Winchester School of Art and graduated with a BA (Hons); his post-graduate education saw him matriculate to Glasgow School of Art to study for an MA which stoked a pursuit for a creative outlet and a platform to convey a message from.

Dom’s predominant influences came two-fold. He spent a length of time living in the Soviet Union and was immersed in the propaganda art that Russia was imbedded in and then Northern Ireland, where he witnessed young Sinn Fein activists with heightened emotions, which were expressed with politically motivated public displays – street art in its rawest form. Dom “realised that love and hate were different sides the same coin” and it was this concept of conflicted emotion that reminded him of the strife of teenage-hood.

Seeing the irony in watching his daughters grow from sweetness into women-hood, through emotional trauma, and not being able to control it, plays a pivotal role in his work. This is amplified by his ten years of turbulence he experienced as a teacher. Teaching allowed relationships with teenagers other than his own to form, from whom he draws stories and emotions and consolidates the dilemmas his own children faced, which conceptually flourishes into some of his best work to-date.

Dom’s experience excluding teaching found himself indulging in the craft of boat-making, including production design for Casino Royale (2006). In addition to exhibitions in Amsterdam, Paris, New York and the successful Kiss My Art… Because I’m Going Global Shoreditch solo-exhibition, he has also had two sell-out collections at New York and London’s Affordable Art Fairs.

Urban art is fast becoming popular; the marriage between street art and the universally digestible fine art is blurred with Dom’s original thought and application of mixed media on canvas. His art transcends the exponential, mode-de-jour of the Graffiti Art Movement of recent years because his pieces inherently omit the bounds that street art in public areas impose; his art is produced on canvas and is found hung on walls in homes, galleries and private collections. It is this highly personal approach that sets him apart.

Dom creates sassy, provocative imagery that connects with everyone on different levels, a fundamental pillar of urban art; his art is often comprised of repeated stencil patterns using a pastel palette contrasted with bold black interspersed with bursts of flavoursome colour. Experimentation with printmaking, stencilling, spray-painting, collage and acrylics help him to capture his muse of everyday life.